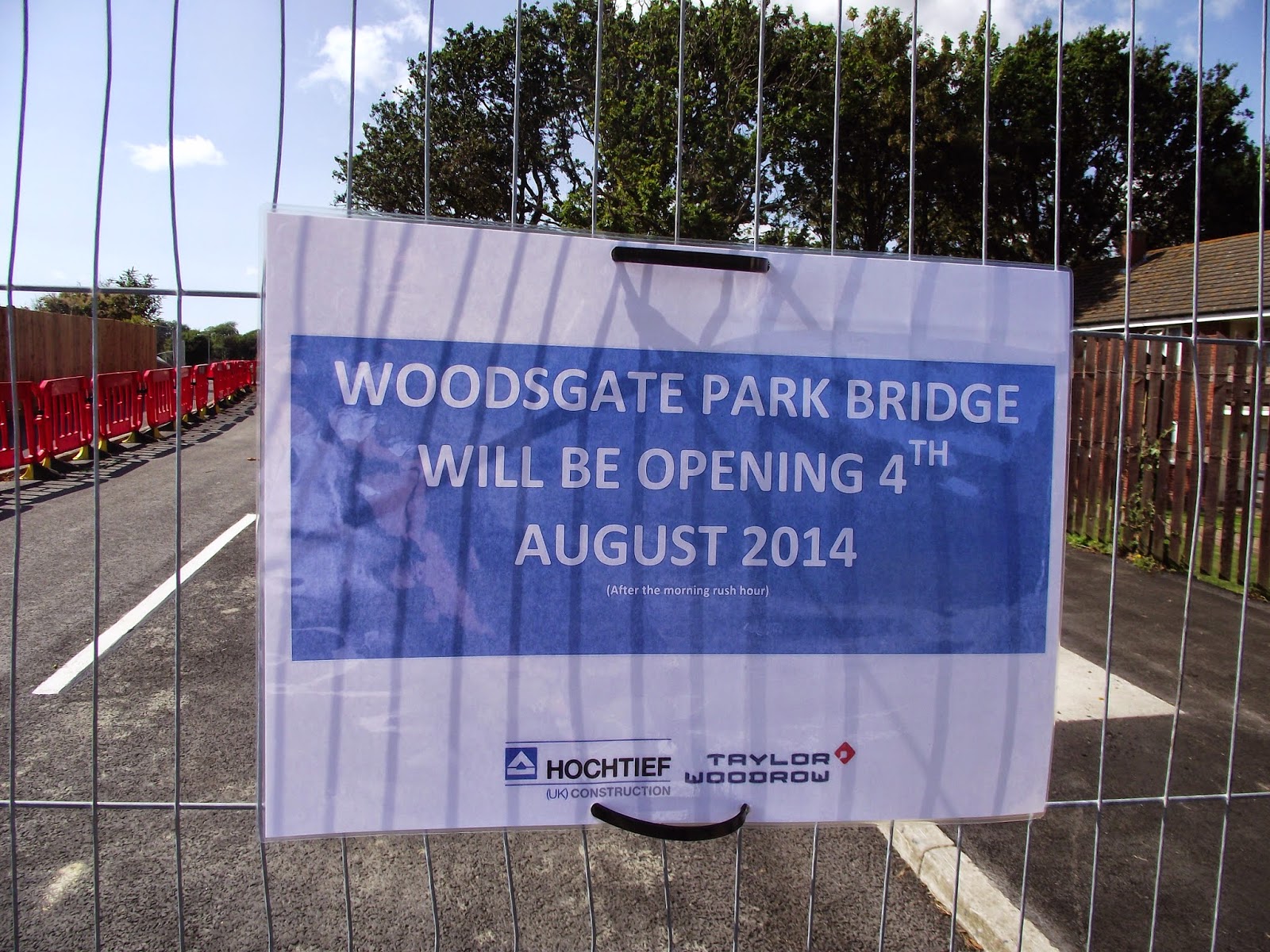 On 4th August 2014, the Woodsgate Park Bridge finally opened to cars. I stood and watched as the road sweeper gave the road surface a final clean. The barriers were removed, and a man in fluorescent jacket picked up the 'Road Closed' sign and threw it in the back of his truck. By 10.00 am the cars began to drive over the road. The occasion was largely unremarkable. One resident appeared with a small union jack, and his friend took a photo of him. I walked along the pavement of the now open bridge and recorded my 'Open Bridge' poem. If you haven't heard it, the link is here. http://www.youtube.com/watch?v=Y4_-Bz0-IOg

No one really seems to know why the outside walls are still behind barriers. The coping stones remain unfinished, and rumours abound about the safety aspects of the height of the wall. I seriously wonder if the Council even know yet what they are going to do.
A lot of local cars have yet to realise that the bridge is open. They drive south down Buxton Road and forget to look left......not good!
Meanwhile there is a stripe of tarmac on the new link road which is heading towards Sidley. 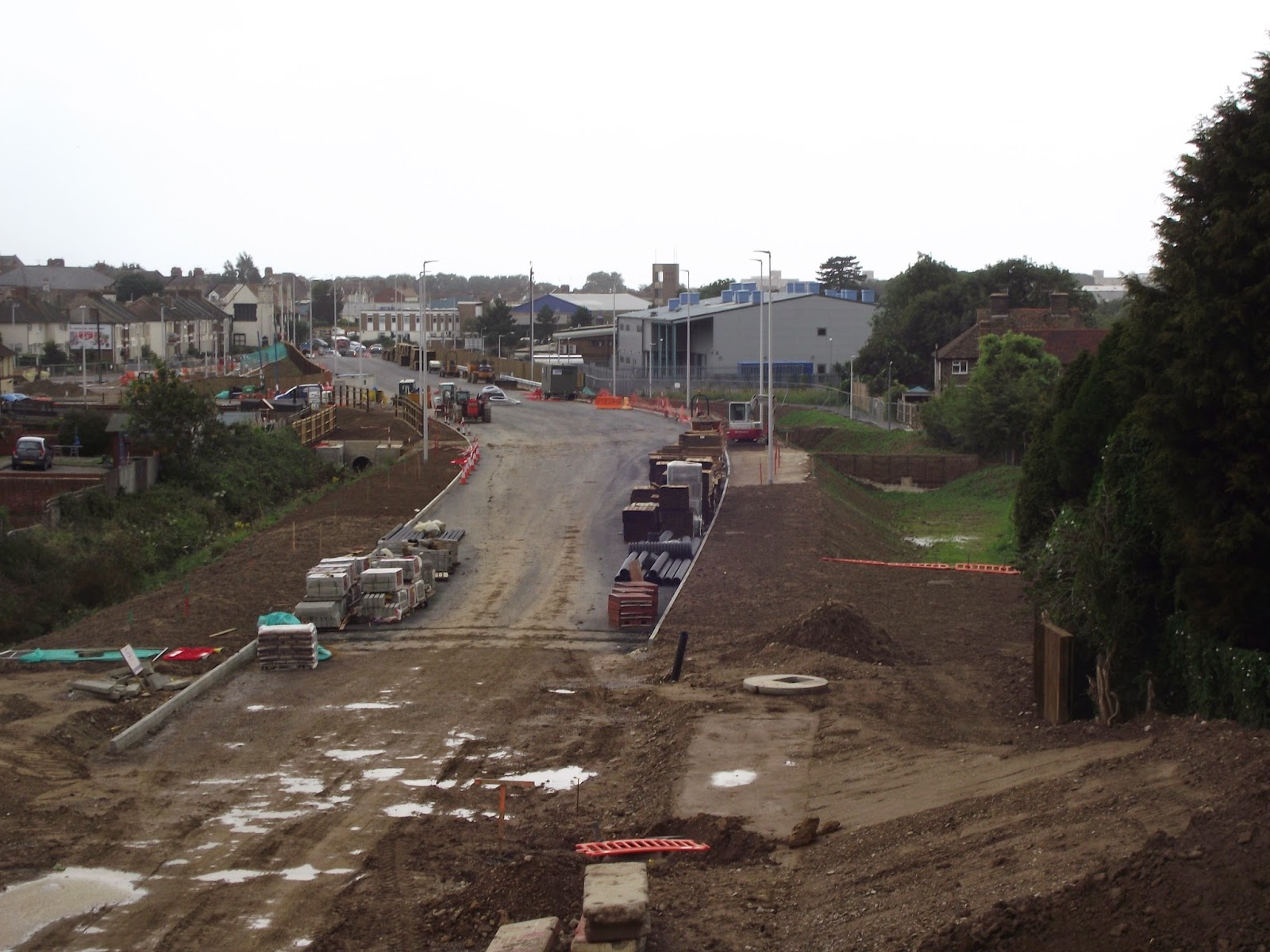 It contained 2 portable bridges which are slowly moving North. One is now in Crowhurst, and the other is still visible towards Sidley. 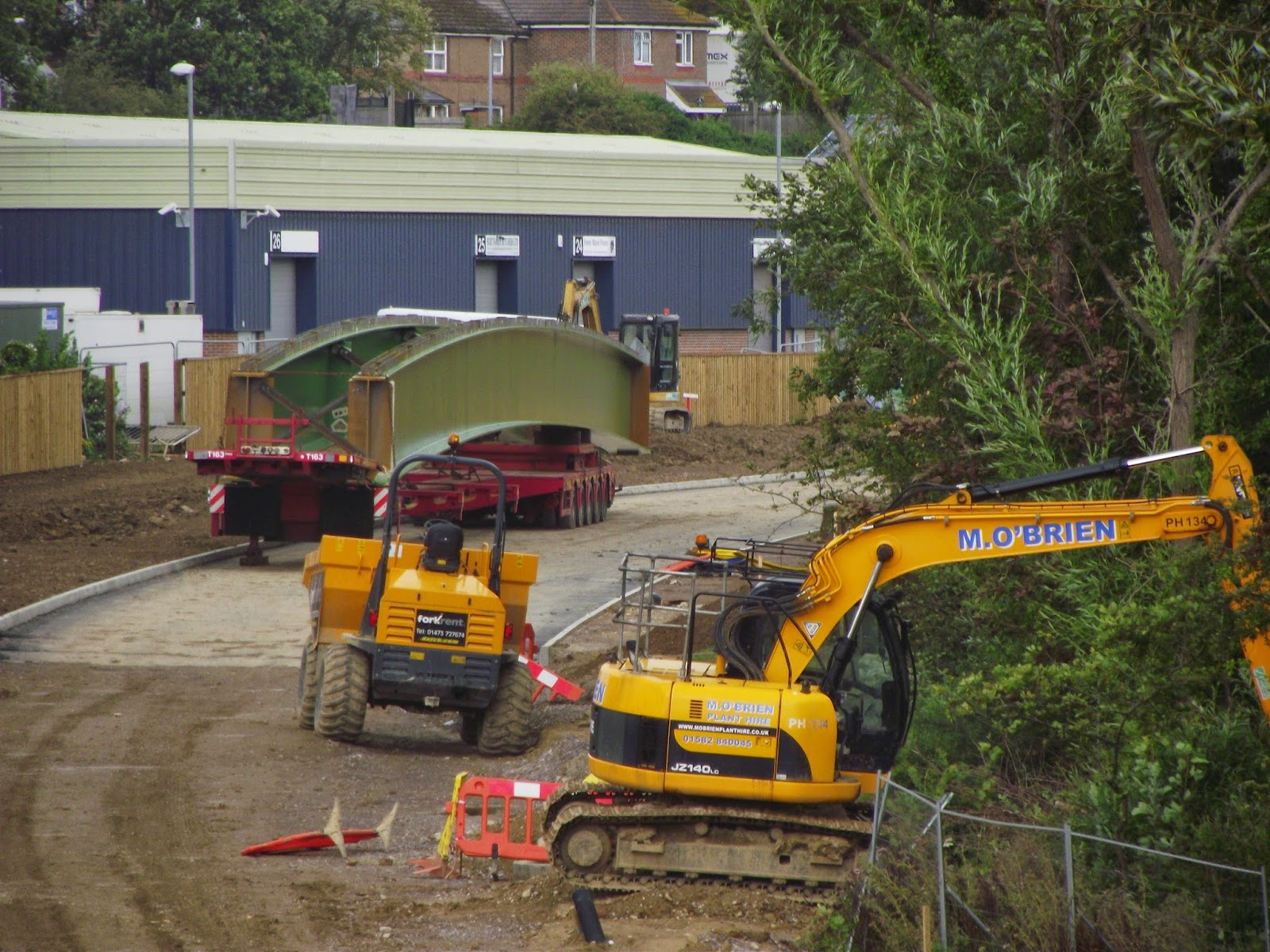 As a resident of the Woodsgate Park area, I would like to wish good luck to Sidley with the next phase of bridge closures. I think you might need it!!
Posted by Claire at 08:23