March 2014.....and we have some way to go.
For those who have forgotten, this was the sign that appeared before they closed the Woodsgate Park Bridge. 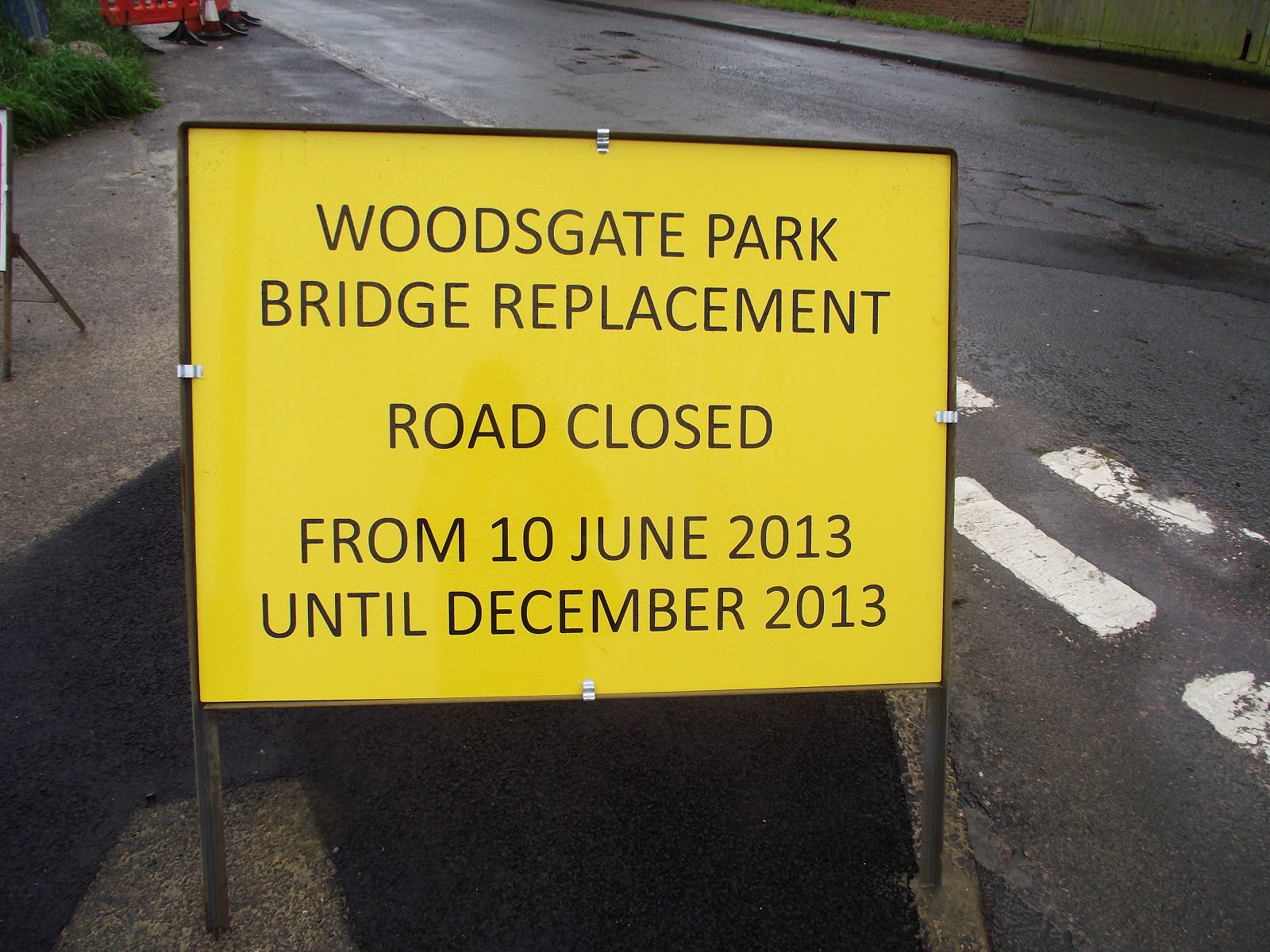 Well we have had the worst floods in recorded history, so perhaps we shouldn't be too hard on them!!
It is less easy to be sympathetic to the decision to put traffic lights in Sidley before the Woodsgate Bridge is open. If you live between the A259 and the Sidley bridge, as I do, it does feel as if we are under siege.
This is the sign which was put on the bridge during February. I'm pleased I managed to take a photo, because vandals removed it within hours.

Sorry I can't make it any clearer. 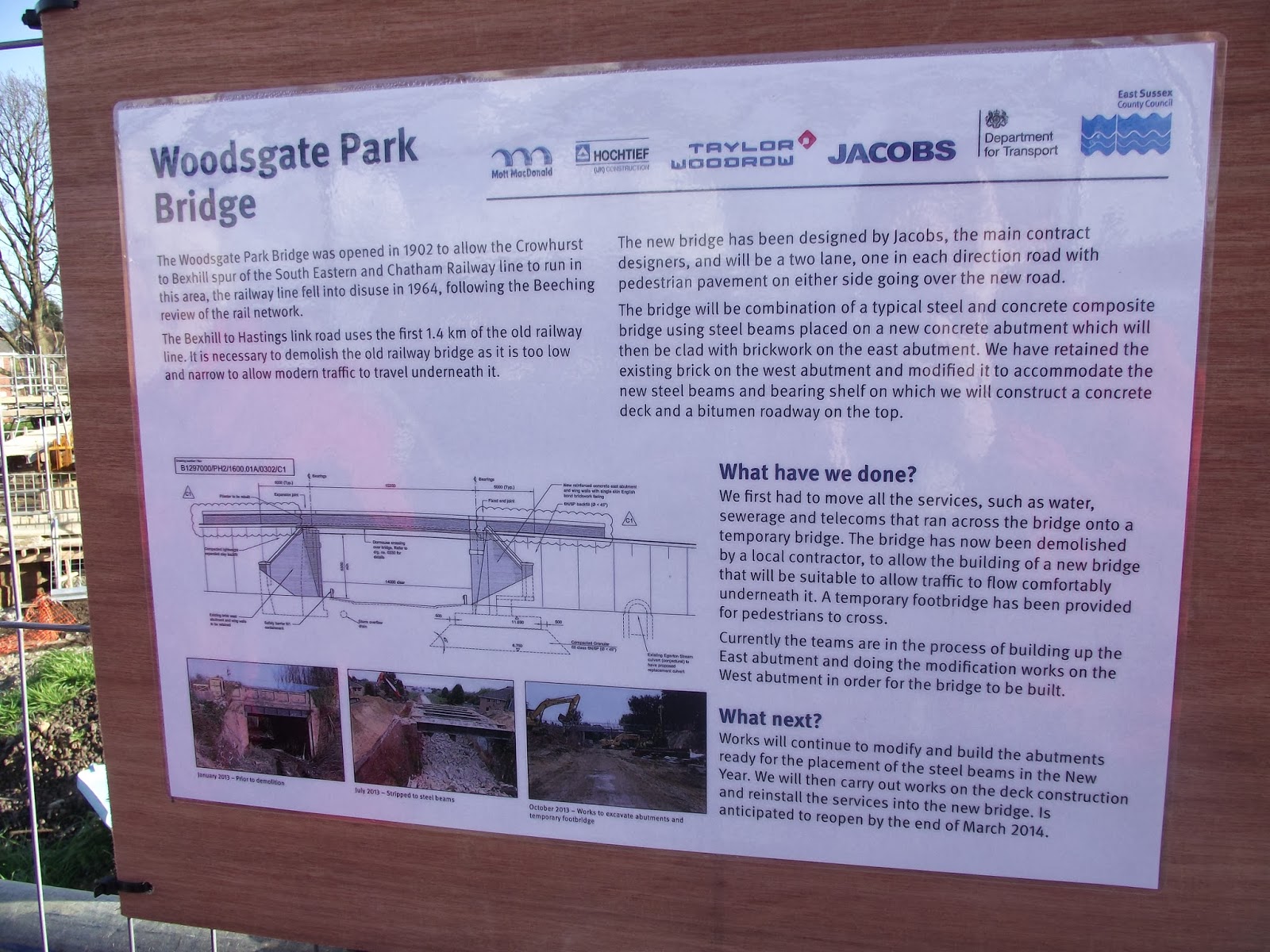 So let's look to the future....the present is worth avoiding!
The Woodsgate bridge has a top....it's just not yet joined at either side! 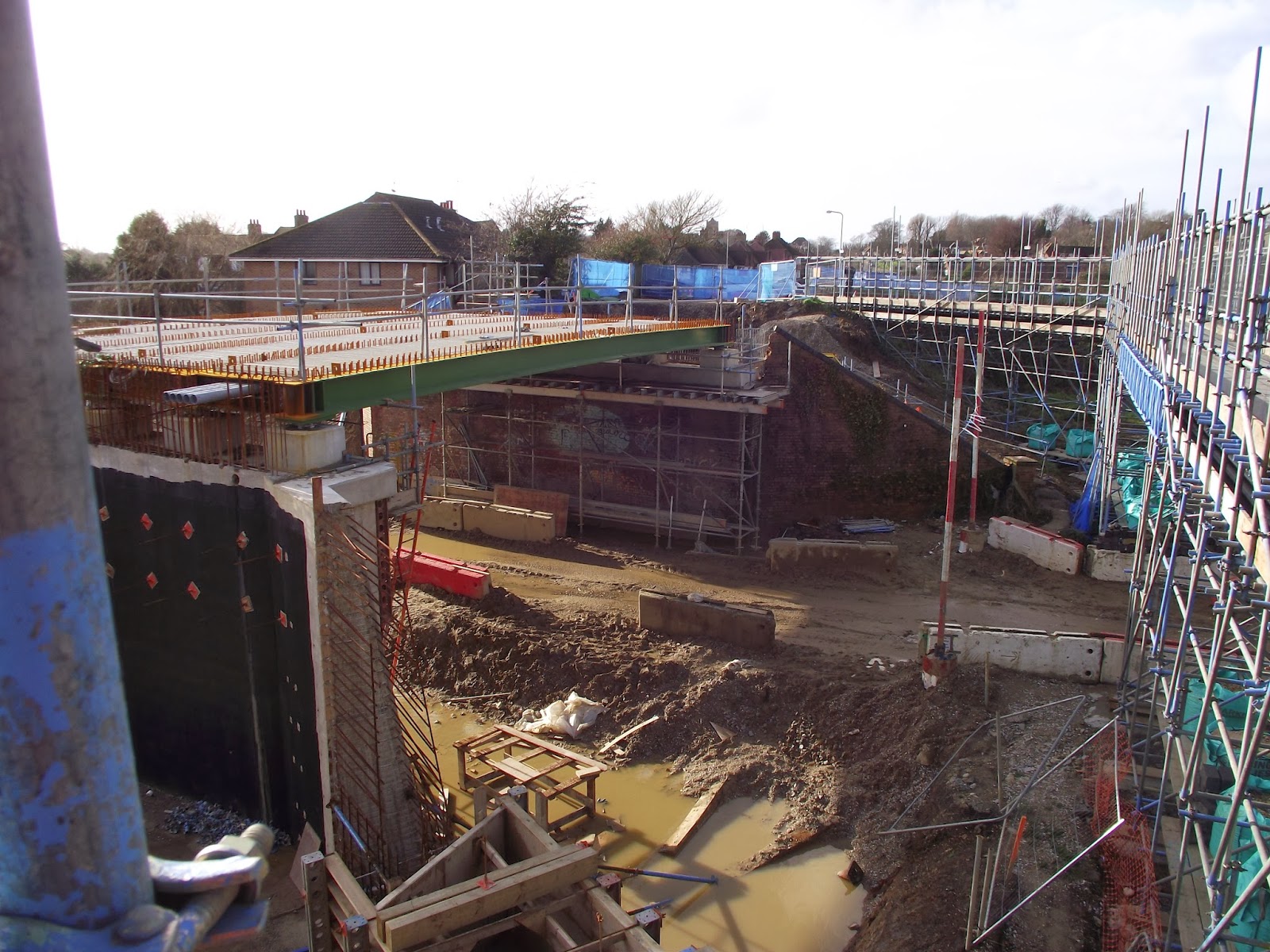